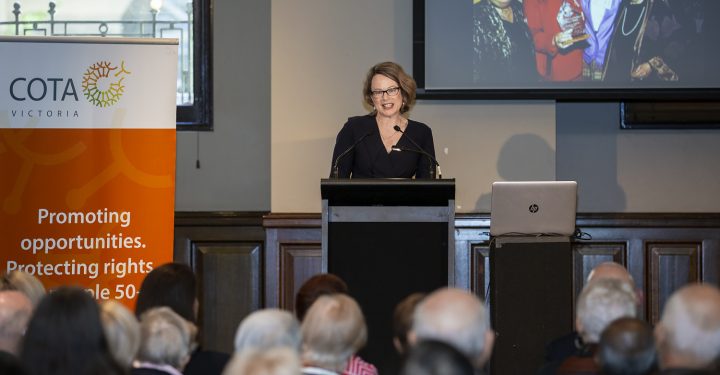 The importance of connection was a strong theme at this year’s COTA Victoria Annual General Meeting and the accompanying Delys Sargeant Memorial Lecture.

Keynote speaker the Reverend Tim Costello AO spoke of his time as Mayor of St Kilda Council where he unsuccessfully opposed the outsourcing of the Meals on Wheels service from council employees to private contractors.

Mr Costello said that demand for the service dropped after the move, as a significant part of its appeal was the chance it gave recipients to engage with someone face-to-face.

Dr Unkenstein, a close friend of the late Delys Sargeant AM, said that social engagement was one of the key activities that contributed to memory health. The other factors are heart health, physical exercise and engaging in mentally-stimulating activities.

Delys Sargeant, who passed away in 2017, was a pioneering community health educator and former COTA Victoria chair.

We would like to thank everyone who attended the AGM and Delys Sargeant Memorial Lecture, including COTA Victoria Board Members, the speakers and the staff who worked hard to make the event successful.