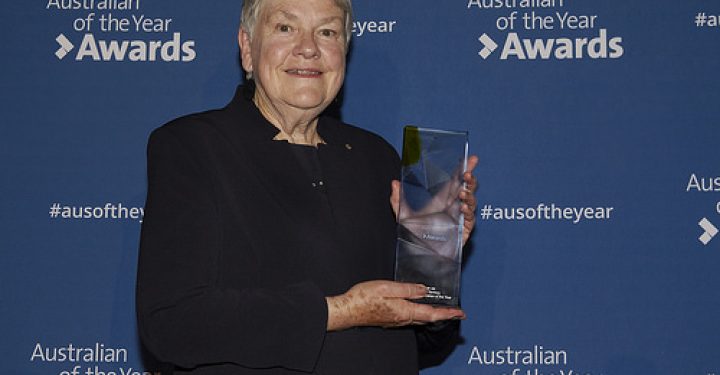 COTA Chief Executive Ian Yates said the caliber of all Senior Australian of the Year finalists this year demonstrated the outstanding contributions older Australians are making across the country from science, medicine and mathematics to community advocacy, nutrition and athletics.

“Since commencing as a pediatrician in 1972 she has worked tirelessly to advocate for the rights of Australian children in healthcare and in our community.

“Through the National Association for Prevention of Child Abuse and Neglect, since its very early days, Dr Packer treated babies and children suffering terrible trauma from child abuse and neglect and she has been a lifelong champion of the importance of early childhood environments in young brains – which is now recognised by the education sector and government agencies.

“After decades in the field Dr Packer has cared for literally thousands of Australian children who are now adults, and she continues to volunteer on boards to improve the health and well-being of children.”

Mr Yates said Australians should be proud of all 2019 Senior Australian of the Year finalists.

Finalists this year included Frank Mallard (WA), an ambassador for the contribution of Aboriginal and Torres Strait Islander servicemen and women and Chairperson of the Voice for the Voiceless Ministry; Gurinjdi man, Charlie King OAM (NT), a veteran sports broadcaster and human rights campaigner and founder of the anti domestic violence campaign NO MORE; and Arabunna elder Reginald Dodd (SA), who has spent his lifetime advocating for his people.

“A huge congratulations to all the finalists this year, as well as the Senior Australian herself, Dr Suzanne Packer AM, who has demonstrated the commitment of so many older Australians to justice and wellbeing across all generations” Mr Yates said

“The Senior Australian of the Year Award recognises the wealth of experience and wisdom of older Australians, a wealth that is often unrecognised but is a tremendous untapped resource that we should as a nation celebrate and harness.”