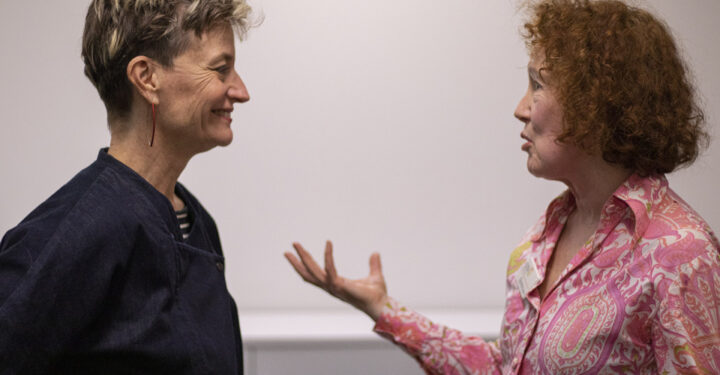 Working with older people to advocate for policy change has always been an important part of COTA Victoria’s work. Former senior policy officer, Donna Swan, worked in the COTA Victoria policy team for seven years. We asked for her reflections on the importance and impact of COTA Victoria’s policy work during that time.

During her time at COTA Victoria, Donna worked with older people on many issues, including housing, retirement housing, transport and the intersectionality of ageism, sexism and racism. Donna said there was never a shortage of older people seeking to be consulted and inform the policy process.

The participation of older people

Donna said COTA did a huge amount of work to contribute to the inquiry into the participation of older people in Victoria, considering every aspect of quality of life and encouraging an empowering approach. According to Donna, this work was a game-changer, feeding into the development of age-friendly communities – work that was again led by COTA Victoria colleagues and volunteers.

Listening to older people on end of life

But according to Donna, it was on Victoria’s assisted dying legislation and end of life policy where COTA Victoria and the voices of older people really led the way.

‘We worked with the policy advisory committee, a number of interest groups, palliative care and other health partnerships to bring older people’s input into the issues about end-of-life experiences. People didn’t have to be pro or against assisted dying, it was just important to provide a platform for their views and experiences,’ she said.

‘COTA has always ensured older people are not used in a tokenistic way. They need to be truly listened to.’

An influential voice on elder abuse

COTA Victoria’s work has also been pivotal in the area of elder abuse. COTA Victoria’s elder abuse service, Seniors Rights Victoria (SRV), played a key role in the 2015 Victorian Royal Commission into Family Violence’s recognition of elder abuse as a form of family violence. Under the leadership of Jenny Blakey, SRV’s advocacy ensured that elder abuse was included in the definition of violence, and, crucially, in the statewide rollout of resources and supports.

At the same time, SRV’s prominent role in responding to the Australian Law Reform Commission’s inquiry into elder abuse paved the way for national legal reform to improve descision-making documents, as well as the establishment of a national plan to protect the rights of older Australians and a new national peak advocacy body, Elder Abuse Action Australia.

COTA Victoria’s more recent policy work has tackled a range of issues including access to assistive technology; older people’s COVID-19 experiences; mental health; and aged care quality and safety. We supported staunch advocate and aged care resident Merle Mitchell to be a witness to the Royal Commission on Aged Care Quality and Safety. A long-term collaborator with COTA Victoria, Merle was happy to share her views about empowering older people to contribute to policy development.

‘In any sort of policy work, it’s important to involve the consumer. Too often, people think that older people haven’t got anything to contribute, but they often have years of experience with services and their voices are important to developing better services,’ she said.