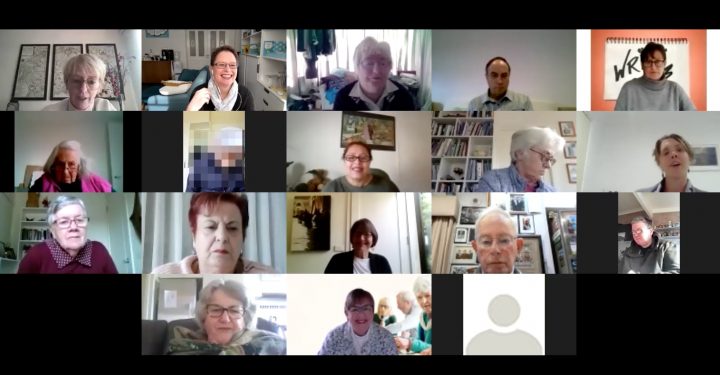 The focus groups were supported by COTA Australia, which provided information about the aged care system redesign, options to finance aged care, and workforce challenges. The impact of the COVID-19 pandemic, now added to the Royal Commission’s agenda, was also a point of focus group discussion.

We returned to the communities of Darebin and the Bellarine to speak remotely to older residents – many of whom we had met last year, when we hosted sessions on making a submission to the Royal Commission. During the remote focus groups, we were pleased to learn that some of these people had used the skills from the earlier sessions to go on and make a submission.

Older people still had many concerns about the solutions proposed, wondering how such a fundamentally broken system could be fixed and given the financial support necessary to achieve its aims. Focus group participants also wanted to know more about supports for the majority of older people, who want to stay home as long as possible.

Older people had many stories of how aged care can work well, usually in smaller facilities where the care is based on relationships, rather than being task-based and time restricted.

But there were also sad stories about ongoing issues with providers, particularly in relation to the pandemic. ‘It’s been hard. Keeping people out is necessary; but confining people to rooms is really dreadful,’ one participant said.

After the Royal Commission hands down its final report in February 2021, COTA Victoria will once again return to these communities to discuss the final recommendations and support older people to continue to be part of the decisions that affect them. In the meantime, visit the Royal Commission website if you’d like to sign up for regular updates.

We also encourage you to sign COTA Australia’s petition reminding the Australian Government of its responsibility to support older Australians as they age. COTA Australia Chief Executive, Ian Yates, said older people have clearly stated they would rather be in their own home as they age, and they certainly shouldn’t have to wait 18 months to get the care they need to live at home. ‘Most people don’t want to be put in a nursing home. Many don’t actually need to be there. Some die waiting for the care they need,’ Mr Yates said in his appeal. ‘Help us make sure government funds an aged care system that provides choice, flexibility and control for Older Australians. All Australians have a right to age well at home.‘ Sign our petition to ensure every older Australian who needs home care gets it within 30 days.