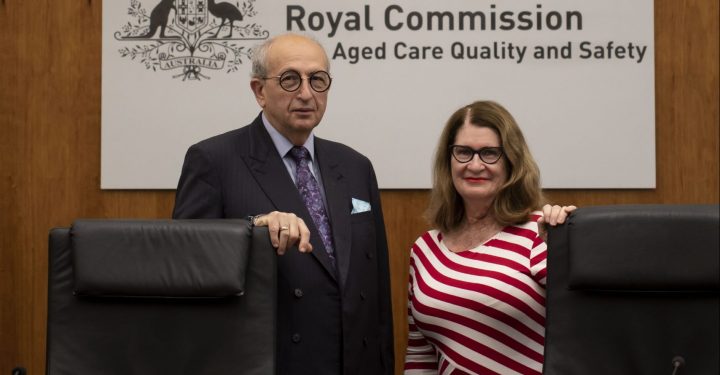 Working with partner organisation Bellarine Community Health, we empowered older people in one of Victoria’s coastal communities to have their say in a major national aged care reform debate.

On 8 October 2018, the Australian Government launched the Royal Commission into Aged Care Quality and Safety. The Royal Commission was established in response to growing concerns about the quality of aged care in Australia. COTA Victoria knew that the voices of older people themselves needed to be heard in this reform process. We wanted to empower older Victorians with the knowledge, skills, tools and support to contribute to the Royal Commission. We also wanted to base our own submission to the Royal Commission on the experiences and views of a diverse group of older Victorians. To do this, we launched a six-month, state-wide community engagement and advocacy campaign, working with partners to run nine sessions with diverse communities across the state. As part of the campaign, we partnered with Bellarine Community Health (BCH) to engage older people in the coastal communities along the Bellarine Peninsula.

Between February and July 2019, we held three community engagement events with BCH. Living our values of respect and collaboration, this was a true partnership. We worked with partner organisations and older people at every stage of the process, from planning and content development through to execution and evaluation. From the beginning, we used community input to shape our engagement approach. We met with the BCH Community Advisory Group, which alerted us to the region’s transport challenges. As a result of their input, we decided to run information sessions in two different locations, Portarlington and Port Lonsdale. We also added a third event: a smaller workshop to equip peers and workers to be able to act as a ‘scribe’, supporting an older person to make a submission. Because sharing or listening to aged care stories can sometimes be traumatising, self-care for both older person and scribe was a focus.

Next, we drew on input from older people to tailor the content of each event to the audiences’ needs and interests. Before each information session, we sat down with representatives of each community group to review and refine the content we had developed. For the scribe workshop, we worked with participants to develop the content. Older people and our partner organisations also played a central role in delivering the events. Our staff presenters were joined by BCH staff and volunteer members of its Community Advisory Group, who facilitated small group discussions at each table. At one session, we were joined by a local resident and COTA volunteer, who shared her story about the challenging process of writing a submission. Our partner organisation, BCH, also handled all the event logistics of venue, catering, invitations and registrations.

A core goal for COTA Victoria was to overcome any feelings of intimidation about the submission-writing process, showing older people that their input was worthy and valued. This was achieved: many older people told us that they would be preparing a submission, while our ‘scribes’ reported that they felt they had the skills and support to assist other people with a submission. We know that some participants did go on to contribute to the Royal Commission. Some older people forwarded us copies their submissions, and we learned of other submissions via partner organisations.

The voices of participants also informed our own input to both the Royal Commission and the wider policy conversation. We heard first-hand accounts of the aged care system from a diverse group of older people, family members, carers and workers. This feedback was included, with permission, as an appendix to a COTA Australia submission. COTA Victoria also presented on these findings to an aged care future-focused national conference, to our COTA AGM, in our annual report, on our website and in monthly newsletters.

In August 2020, we returned to the Bellarine, virtually, to discuss the directions the Royal Commission is taking and to seek input from a representation of that same community. The older people were delighted to be involved and said they look forward to continuing the conversation.