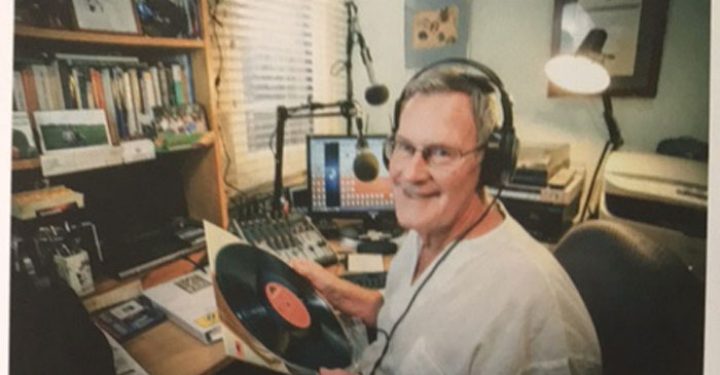 I began my radio career as a cadet at 2AY Albury. After a three-year break studying theology, I returned to radio as the Breakfast Announcer for 3NE Wangaratta before moving on to BCV Channel 8 in Bendigo. There I produced and presented a daily children’s program, read news bulletins and did live commercials and booth announcing. This was a springboard to my career in television production, which spanned more than 30 years.

I moved to Melbourne and started working for The Age, but was unable to ignore the pull of radio and television. Together with colleagues, I formed Albert Street Productions, a television production company specialising in social documentary. For years we struggled to make ends meet, so I also worked casually at 3AW as a ‘floater’, covering most shifts over a period of eight years.

My radio and television career brought me into contact with so many extraordinary people around the world: from the Dalai Lama and the Pope to refugees in south-east Asia, indigenous people in remote areas of India and our own First Nations people here in Australia.

I turned 78 in August this year. In retirement, my family is a priority. I’ve been married to Marcella for over 50 years, and have four adult daughters and nine grandchildren. My grandchildren bring me joy and wonderment and have me constantly revising my ideas about all manner of things.

I’ve also given courses at U3A and for 25 years have facilitated a weekly meditation group. Facilitating meditation and mindfulness courses and workshops helps me keep some equilibrium among all my other more frenetic activities.

For nine years of my retirement, I have been a presenter at GDR95.7 fm. Golden Days Radio is a unique community broadcasting station that broadcasts to an audience of seniors and is run entirely by volunteers, most of whom are over 65. We celebrate and showcase the music and radio theatre from the golden days of broadcasting. With my background in radio and television, it was only natural that I gravitated to Golden Days Radio.