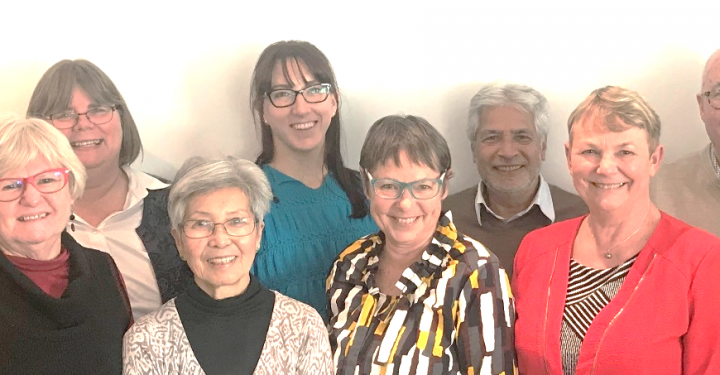 Aged care, healthcare and pensions are the top three most important issues for the 7 million older Australians heading to the ballot box next Saturday, according to the results of a national survey released today by leading seniors advocate, COTA Australia.

But when it comes to the ballot box issues like climate change, education, economic management and taxation will also affect their vote, in addition to health and aged care.

With just under a week until the Federal Election, COTA Australia has released the results of its survey of older Australians on its Election Panel and is calling on all parties to address the key areas of aged care, healthcare and retirement incomes in their election policies.

Chief Executive of COTA Australia, Ian Yates, said the election period so far has “been bitterly disappointing for the 7 million older Australians and their families, with the major parties swiping at each other about intergenerational bias rather than seeking to unite the electorate around the many real needs that are not being met.”

“In particular older Australians need to be very afraid of developing a need for aged care at home over the next term of government as this far into campaign both parties have turned their backs on the 125,000 strong home care queue, Mr Yates said.

“Our election panel of nearly 3,000 older Australians clearly voiced what is important to them and identified the key policy issues that will determine how they vote on May 18. The latest Essential research report showed older Australians have been paying the most attention during the election campaign and we know that many will leave their voting to polling day.

“It is not too late for the major parties to step up and show they have been listening to the needs of all Australians, including older Australians.”

“The top election issues for older Australians are access to good quality aged care (66%) – up from 57% last election; access to quality primary health services (66%) – down from 77% last time; and access to adequate age pensions (61%).”

“However, one of the biggest changes we have observed since the last election is the increased focus on climate change, with over half (53%) of older Australians identifying climate change as a top national issue in deciding how they will vote, compared with 28% in the 2016 survey.”

Mr Yates said “COTA acknowledges and welcomes Labor’s pensioner dental scheme, which will make a huge difference to hundreds of thousands of older Australians and puts dental into Medicare for the first time; and we also welcome action on cancer care.

However, we believe both major parties have been, on the whole, missing in action this election on the issues that matter most to the welfare of older Australians.”

“In particular, we are bitterly disappointed and disturbed that neither major party has announced a plan to tackle the home care waiting list, with more than 125,000 older Australians waiting to receive adequate care at home, thousands of whom die waiting, and the whole aged care system in danger of falling over as a result”

“Its inexplicable that both the Coalition and Labor are saying to older Australians that among the billions of dollars promised or saved they cannot find $2 billion a year to make sure frail older Australian assessed by government as in need, get care within three months.

“It’s time to be very afraid of needing aged care at home over the next term of government because its not going to be there – based on both parties current policies”, Mr Yates said.

In its 2019 Federal Election Statement, COTA has put forward a number of high priority recommendations for the incoming Government, including: