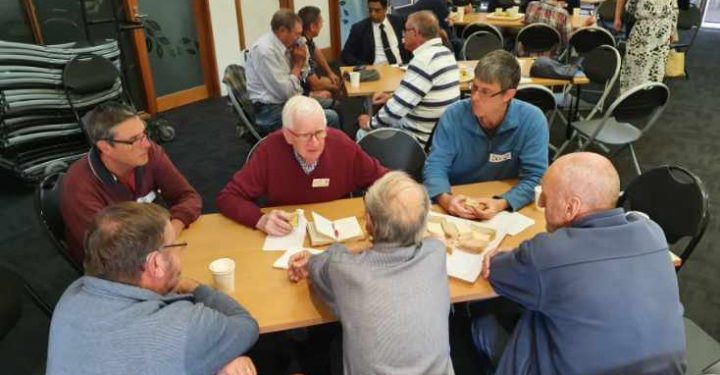 At first glance, it might seem that the young suburb of Doreen isn’t a likely candidate for an Older Men: New Ideas (OM:NI) group. But in among the families with children live many older couples, drawn to Doreen by the low-maintenance houses, smaller blocks, pleasant streetscapes and easy access to shops and facilities.

The enthusiasm from the local community development officer, a dynamo with all the connections needed, was enough to spur the creation of a new OM:NI Group. A strong supporter, she took on the practical work of promoting the group via Facebook, emails, phone calls, newsletters, posters, radio interviews, and a street stall – all of which contributed to a successful campaign.

Twenty-one men, including a sprinkling of OM:NI veterans, attended the inaugural meeting. They listened, talked and laughed for three hours – a start that augurs well for the group’s long-term success.

For more on OM:NI Men’s Discussion Groups, visit our OM:NI page. Please check in with the group organiser before attending a meeting.