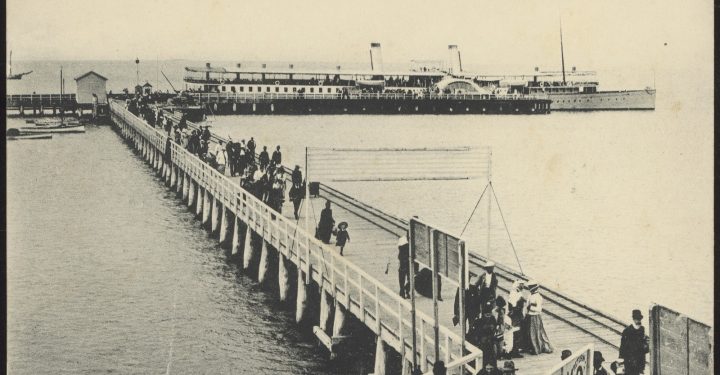 Last month I introduced COTA Connects readers to the Ships’ Graveyard, a mysterious stretch of sea outside of Port Phillip Heads.

One ship that sailed its waters was the iconic paddle steamer Hygeia, which, along with the Ozone and Weeroona, brought thousands of tourists to Queenscliff from Melbourne between 1890 and 1931.

Built in Glasgow in 1890, the Hygeia was 91 metres long and 4 metres deep, and weighed in at 987 tons. Like the Ozone before her, the Hygeia came out from Scotland with her main deck heavily boarded in with shutters – an insurance against being swamped by big seas. The whole length of the light steel hull had been braced with stout timbers for strength.

The Hygeia left Glasgow on 21 August 1890. A series of storms forced her to run for shelter repeatedly around Scotland and Ireland. After finally leaving Dublin in late August, she travelled south at a leisurely nine knots. She passed through the Straits of Gibraltar, stopping briefly at Malta, Port Said, Aden, Columbo, Batavia (now Jakarta), Thursday Island, Brisbane and Sydney before finally steaming up Port Phillip Bay on 18 November 1890.

The Hygeia made her first bay trip on 6 December 1890. After a long period of service, she was dismantled in 1931. Her final trip down the bay to the Ships’ Graveyard reads like an exciting novel full of mishaps and mind-boggling adventures. But you’ll have to wait for next month’s newsletter to find out what happened!