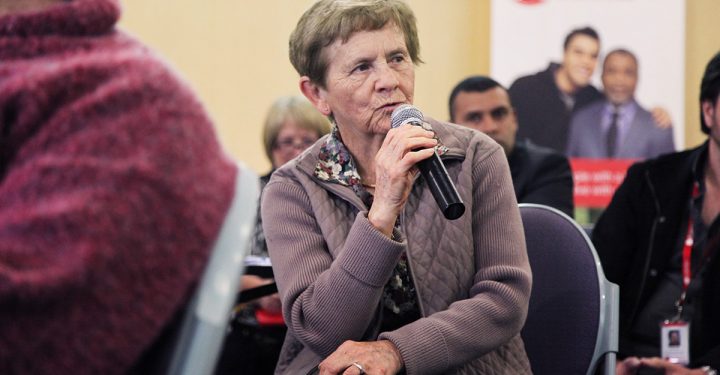 January has been a busy month in the policy space, with submissions to two Victorian inquiries and and on the Australian Government’s Religious Discrimination Bill 2019.

Inquiry into Homelessness in Victoria

Our recent submission to the inquiry highlighted the steadily increasing number of older people who are homeless. For growing numbers of older people, safe and secure housing is becoming out of reach. Today, one in seven people experiencing homelessness is over the age of 55, and older single women are now the fastest growing group of people experiencing homelessness in Australia. We know that there is a direct relationship between the security, affordability and quality of housing and a person’s health and wellbeing. Homelessness – and the threat of homelessness – makes it harder for older people to receive proper health and aged care, and to contribute to and participate in their communities.

Homelessness can also lead to elder abuse. Seniors Rights Victoria’s submission focuses on elder abuse as both a cause and consequence of homelessness.

The deadline for submissions has been extended to 31 March 2020. Read more about the inquiry.

Inquiry into the Increase in Victoria’s Road Toll

Increasing fatalities on Victoria’s roads is the focus of another parliamentary inquiry, which is investigating the causes of the current road toll and the adequacy of Victoria’s road safety approaches. As detailed in our submission, COTA Victoria believes it is time to take a public health approach to planning for future trends. Our ageing population should be a major consideration in determining road safety priorities and investment decisions.

Pedestrian fatalities are a key issue. More than 400 pedestrians have lost their lives on Victorian roads in the last ten years, one-third of them aged 70 years or over. People aged 65+ make up only 15% of the population, but account for 39% of pedestrian fatalities. Action is needed on a number of fronts to reduce high fatality figures for both walkers and bike riders.

The Australian Government is consulting on the second exposure draft of its Religious Discrimination Bill 2019. We are deeply concerned that the proposed legislation overrides existing Commonwealth, state and territory anti-discrimination laws.

Under the proposed legislation, LGBTIQ older people cannot be technically ‘refused’ a service on the basis of religious belief, however, the expression of views by staff can cause harm and create barriers to access. COTA’s submission notes that the Bill’s provisions may still allow discrimination and the expression of views and harassment against groups of older people seeking access to public services and facilities – including aged care services. In its current form, the bill appears to value workers’ rights to freely express religious values and beliefs over residents’ rights to live in a safe environment where they are treated with dignity and respect. We are also concerned that the legislation would effectively override no-cost remedies that already exist at the state level, severely limiting the ability of older people to uphold their rights.