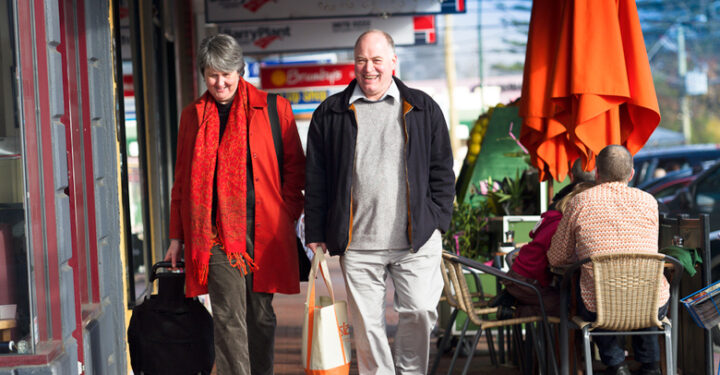 Results from a new survey reveal the challenges that discourage older Victorians from getting around on foot.

Victoria Walks has released the results of its Victorian Walking Survey, which included responses from nearly a thousand older people.

The most commonly cited difficulty was poorly maintained footpaths, which 58% identified as a problem.

Sharing paths with bikes and e-scooters was also a significant issue. When asked what would help them walk more, the most common response from older people was separate paths for walking and for bikes (47%). By comparison, this was the equal fifth most helpful thing for younger people.

Just over half of older respondents supported safer speeds on main roads (53%) and 40 km/h in typical residential streets (52%), which was mostly in line with responses from the general population.

Victoria Walks also recently released proposals for investment in walking ahead of the state election. They are calling for $942 million over four years to fund the footpaths, crossings, recreational paths and tourism trails that local communities are asking for.

Feel like a walk now? Check www.walkingmaps.com.au for inspiration!