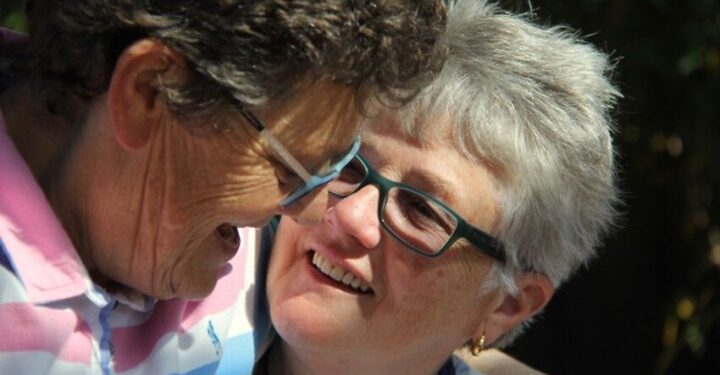 Ballarat dementia advocate Anne Tudor was recently awarded the Medal of the Order of Australia for her service to people living with dementia and their supporters. Anne’s late wife, Edie Mayhew, was diagnosed with younger onset dementia in 2010 when she was 59. In an interview with ABC News, Anne said she was ‘profoundly moved’ by her recognition in the Honours List last month. The honour coincided with the first anniversary of Edie’s death.

Anne has made an enormous contribution to COTA Victoria’s work on aged care. She attending our Ballarat event on Royal Commission into Aged Care Quality and Safety, where she spoke to the media about Edie and her mixed experiences of aged care at home. She also made a submission to the Royal Commission. Edie and Anne’s experiences were also highlighted as positive experience of dementia aged care at a national conference.

Anne’s proudest achievement was the recent opening of a dementia-friendly forest walk at Parks Victoria’s Woowookarung Regional Park in Ballarat. The one-kilometre compacted gravel trail is accessible for people of all abilities. It features wetlands; a boardwalk; and six circular outdoor rooms where people with dementia, their carers, friends, and families can rest. Anne said her partner of 35 years would have been happy to see her receive the Queen’s Birthday award. ‘She’d have a great smile about it, she’d be quietly proud.’

COTA Victoria also congratulates other friends and associates who received recognition in the Queen’s Birthday Honours list, including CEO of Dementia Australia, Maree McCabe, who received a Member of the Order of Australia Award for her work in dementia.

Dr Gerard Naughtin received the Order of Australia Award for services to people with a disability. Gerard is CEO of Mind, who previously worked with COTA Victoria in our Policy area.

Chris Reidy received the Public Service Medal for his outstanding work on major community events. COTA Victoria continues to work closely with Chris on the Victorian Seniors Festival every year.

For more information and full biographical details on all honours recipients go to 2021 Honour’s List.