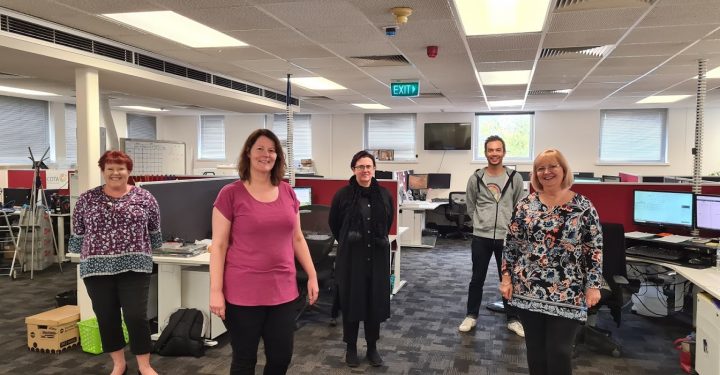 The hardworking team from the COTA Insurance Adelaide call centre.

With new restrictions on face-to-face communication due to COVID-19, the phone has become an increasingly important way of staying in contact with older Australians. While most of our communication is online, COTA Victoria has also been working hard to make sure that all of our members are kept in loop – including those who don’t use digital devices or the internet.

‘At the beginning of the crisis, we wrote to all our members to see if they were OK. But many people are not digitally connected,’ said COTA Victoria CEO Tina Hogarth-Clarke.

‘As well as asking members to update their contact details — including current phone numbers and possible email addresses — we wanted to ask people how they were doing,’ Amanda said.

‘Happily, most people said that they were fine, and feeling well supported by either family or the community.’

Those members that wanted further help were referred back to the team at Seniors Information Victoria, which followed up with the individual member.

Despite the call centre staff’s sterling efforts, some incorrect phone numbers and unanswered calls meant we weren’t able to speak with everyone.

‘If you’re a COTA Victoria member and we haven’t contacted you, you can check or update your details by calling the Seniors Information Victoria helpline on 1300 13 50 90,’ said Ms Hogarth-Clarke.

‘On behalf of the COTA Victoria community, I would like to extend my heartfelt thanks to COTA Insurance Chief Executive Officer Daryl Bateman and the cell centre staff including Mandy, Lynne, Margaret, Teresa, Jodie, and Paul.’