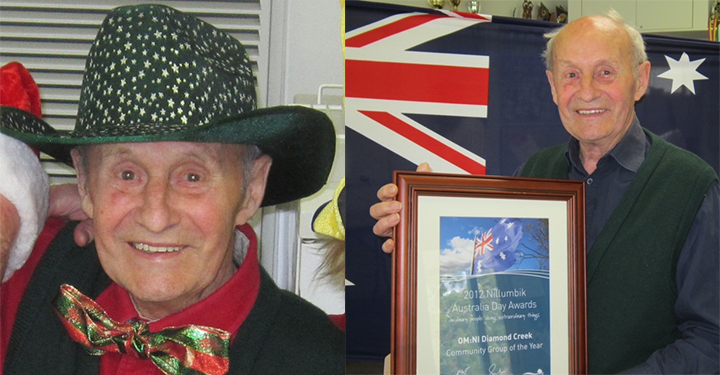 ‘I’ve had lots of highlights in my life but none like this. I never dreamed that I would have an Award named in my honor.’

So said Kelvin Kaires, a shining beacon of Diamond Creek OM:NI and the namesake of its annual ‘Sir Kelvin Award’. Every December since 2011, one of our members has had the absolute distinction of winning the Sir Kelvin Award – and being crowned by Kelvin himself.

Naming our annual award the ‘Sir Kelvin’ was a no-brainer. Kelvin shone like a beacon.  He was a massive influence in developing our culture of ‘200 laughs a meeting’, bringing life, vibrancy, laughter and positivity. He was a big part of our Australia Day Award win in 2011. And he seemed to love us just as much as we loved him.

Kelvin is no longer with us, so he wasn’t there last December to present his award. But his gift of cheekiness, kindness and fun still filled the room. We and this world will not forget Sir Kelvin. How could we – he was our friend, our brother and our inspiration.

I can’t wait for our next OMNI meeting and another 200 laughs. I might just recycle one of Sir Kelvin’s winning jokes.