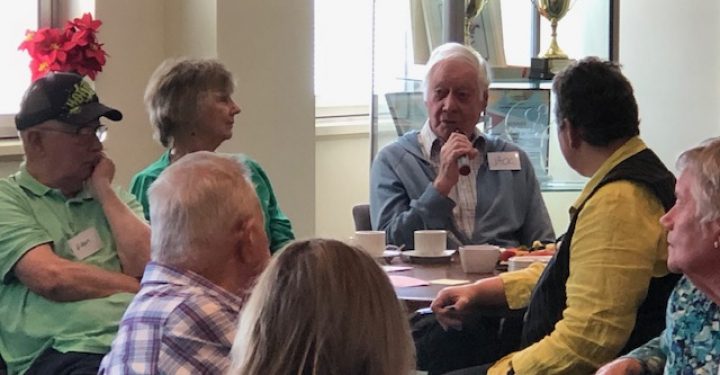 COTA Australia has welcomed the Aged Care Royal Commission’s confirmation that neglect, abuse and poor care are more widespread than governments and many providers have been prepared to accept. COTA has called this out over many years.

COTA Australia Chief Executive Ian Yates also welcomed the acknowledgement, contained within the Royal Commission’s Interim Report, that older Australians are neglected not only within the aged care system but also in the negative attitudes towards older people in the broader community.

“COTA agrees with the Royal Commission that older Australians should be more valued by the wider community,” Mr Yates said.

“It’s not just about loving your grandparents, Australians need to also reach out as a community and support their elderly neighbours and fellow citizens, many of whom are still waiting to receive care they’ve been assessed as needing and won’t even be in the formal care system.”

The Royal Commission into Aged Care Quality and Safety’s Interim Report found the aged care system, which supports about 1.3 million older people each year, fails to meet the needs of its older, vulnerable citizens. It does not deliver uniformly safe and quality care, is unkind and uncaring towards older people and, in too many instances, neglects them.

Following their investigation, Commissioners the late Richard Tracey AM RFD QC and Lynelle Briggs AO described the aged care system as “a shocking tale of neglect”.

Tabled in Parliament on 31 October, the Interim Report found that a fundamental overhaul of the design, objectives, regulation and funding of aged care in Australia is required. It sets out the extent of the failure of Australia’s aged care services and what the Royal Commission has learned to date.

The Commissioners described the many problems older people and their families have in trying to access aged care services, service shortfalls, the dispiriting nature of residential care, serious substandard care and unsafe practice, an underpaid, undervalued and insufficiently trained workforce, and isolation of young people with disabilities.

The Commissioners identified three areas where immediate action can be taken: