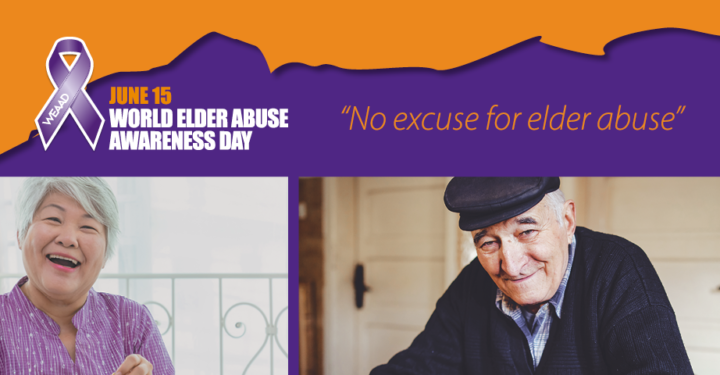 Seniors Rights Victoria (SRV), a program of COTA Victoria, is urging all Victorians this World Elder Abuse Awareness Day (WEAAD) to accept that ‘Elder Abuse is Everybody’s Business’. WEAAD was officially recognised by the United Nations General Assembly in December 2011, and is marked on 15 June each year. It’s an opportunity for people to step up their commitment to recognising and calling out elder abuse.

What is elder abuse?

Elder abuse is the abuse or mistreatment of an older person by someone they trust. SRV’s 2020 report, Seven Years of Elder Abuse Data in Victoria, found that almost all abuse (91 per cent) experienced by advice call clients was perpetrated by a family member, most commonly sons (39%) or daughters (28%). The most common types of abuse were psychological (63%) and/or financial (62%), followed by physical (16%) and social (11%) abuse.

Seniors Rights Victoria Manager, Rebecca Edwards, says that Victorians need a better awareness of what constitutes elder abuse, and must not disregard the warning signs. ‘The warning signs of elder abuse include an older person seeming fearful, anxious or isolated. There may be injuries or an absence of personal care. The disappearance of possessions, unexplained financial transactions, and changes to a will, property title or other documents are also of concern,’ Ms Edwards said.

‘While the mistreatment of an older person may be carried out by one family member, it is often other family members who are best placed to support their parent or grandparent against the abuse, provided they recognise what is happening. Like other forms of family violence, most elder abuse occurs behind closed doors, so it is important for loved ones to watch out for signs, listen and offer help. Just as valued relationships within families help prevent family violence, respect for older family members is a primary protection against elder abuse.

Stir a Cuppa for Seniors

This year, SRV is encouraging people to hold ‘Stir a Cuppa for Seniors’ morning or afternoon teas to bring people together to talk about elder abuse. ‘Conversations tend to start organically and robustly around a cuppa, and we want to nurture that notion when it comes to the issues around elder abuse,’ says Ms Edwards.

To unpack the issues affecting older Victorians, SRV will also be holding an online flagship event on Tuesday 15 June at 1:30 pm, facilitated by Gerard Mansour, Commissioner for Senior Victorians and Ambassador for Elder Abuse Prevention.

Gerard says, ‘One of the key drivers behind elder abuse is ageism – that is, discrimination against older people because of their age. We know many older people are stigmatised because of their age and feel overlooked or presented in a negative light. This World Elder Abuse Awareness Day, join me in giving value and respect to all, irrespective of age.’

SRV will also use the event to launch a series of videos about planning ahead. Older people can reduce the risk of elder abuse by making sure their financial, medical, legal and other affairs are clearly stated and recorded. The videos cover the best ways to have conversations and record an older person’s wishes, as well as explaining what Power of Attorney means and the responsibilities of an appointed attorney.

The SRV flagship event can also be live-streamed as part of your own Stir a Cuppa for Seniors event.

COTA Victoria CEO, Tina Hogarth-Clarke, says that while WEAAD is a significant day on the calendar, elder abuse must stay front-of -mind every day. ‘At COTA Victoria, we are committed to creating easy to read, accessible resources for older Victorians, who need guidance and support to combat elder abuse.’  This year on WEAAD, we’re launching a new website boasting a suite of new resources and information covering a range of pertinent life topics including elder abuse.

Visit the website to find out more about the dozens of events scheduled around Victoria for WEAAD and the lead-up.

Older Victorians experiencing elder abuse, or family members concerned about an older person, can get help by calling Seniors Rights Victoria on 1300 368 821 Monday to Friday, from 10.00 am to 5.00 pm.