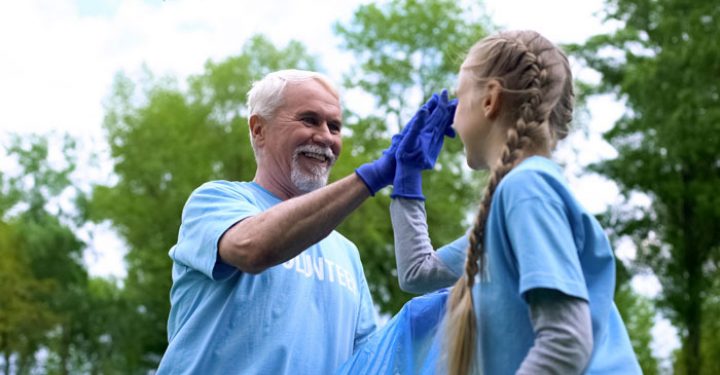 Australia’s census was recorded on 10 August this year. While some questions are still missing from the census, one important question that has been included since 2006 collects data about how many people volunteer.

In the twelve months leading to the 2016 census, almost four million people across the country volunteered. Volunteering activity changes throughout the life course. For example, among people in their 40s, women are much more likely to volunteer. This may be because more women are at home with small children and helping at schools and kindergartens. But once people reach retirement age, volunteering is almost equal among men and women.

In 2020, as part of the Victorian Seniors Festival online, COTA Victoria facilitated a panel discussion on Working Beyond Retirement. The panel featured people over 60 who had officially retired but continued working as volunteers. Their diverse roles included managing and delivering a local food bank providing food to people in need; teaching children in developing countries; producing a show on community radio; and coordinating a local food swap.

Volunteering has personal benefits that include gaining skills, building social networks, improving health and wellbeing, and the sense of empowerment that comes from having a role in the community. Each panellist spoke from the heart about how important their voluntary work was for them – not just because they knew they were helping others, but also because it kept them engaged and active and gave them a sense of purpose.

COTA Victoria and its programs rely on support from a team of over 100 volunteers. Our volunteers do work from office administration to event planning and presenting at peer information sessions. To learn more about our volunteer program, visit the COTA Victoria website.